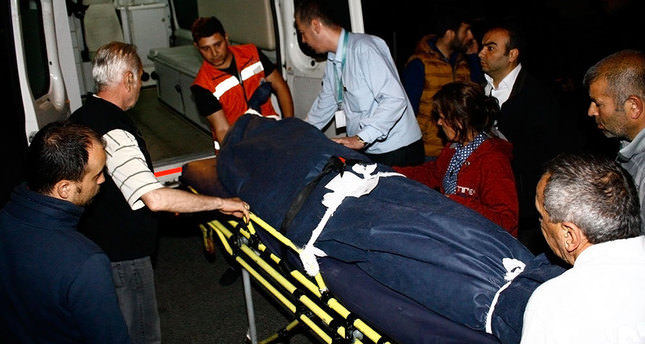 by AA May 23, 2014 12:00 am
ISTANBUL — A man who was injured Thursday afternoon after being shot in the head near a protest area in Istanbul has died in hospital.

Uğur Kurt, 30, was attending a funeral procession in an Alevi prayer house in Okmeydani district when his head was reportedly hit by a stray bullet.

The bullet was apparently fired during clashes between police and a group of demonstrators who gathered in Okmeydani to protest last week's coal mine tragedy in western Turkey, as well as the death of an Istanbul teenager, Berkin Elvan, who was fatally injured during 2013's Gezi Park protests.

Meanwhile, nine others including seven police officers were wounded after an unidentified explosive thrown by protesters blasted on Thursday night.

The condition of one civilian, who was reportedly wounded in the eye, is critical, according to hospital sources.

A group of protesters continued to throw Molotov cocktails and stones to the riot police, whereas police was firing tear gas and rubber bullets, an Anadolu Agency correspondent reported from the scene.