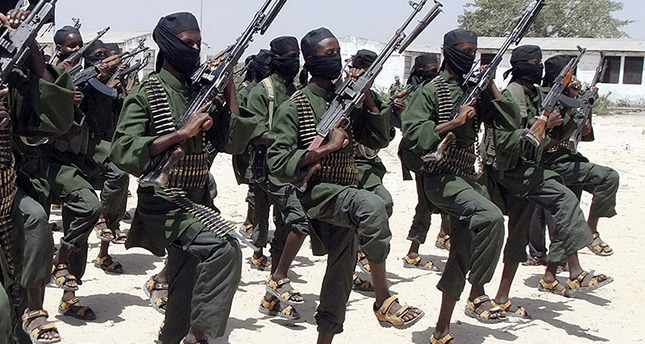 by AA May 24, 2014 12:00 am
MOGADISHU — Eight Somali soldiers were killed on Saturday in an attack on the parliament headquarters in central Mogadishu, a security source said.

"The attack took place shortly after a booby-trapped car exploded outside the building," the source, who asked not to be named, told Anadolu Agency.

A security source had earlier put the death toll at four.

Government sources, meanwhile, said that the attack took place as 154 lawmakers were meeting inside the building.

"The session was suspended and all MPs were helped to exit safely," a government source said.
Saturday's attack was claimed by the militant Al-Shabaab movement.

Last month, the Al-Qaeda-linked group had claimed responsibility for the assassination of two lawmakers.

Somalia, a long-troubled Horn of Africa country, has been in the grip of political violence since the outbreak of civil war in 1991.

The battered country had appeared to inch closer to stability with the recent installation of a new government and the intervention of African Union troops-led by Kenya - tasked with combatting Al-Shabaab.