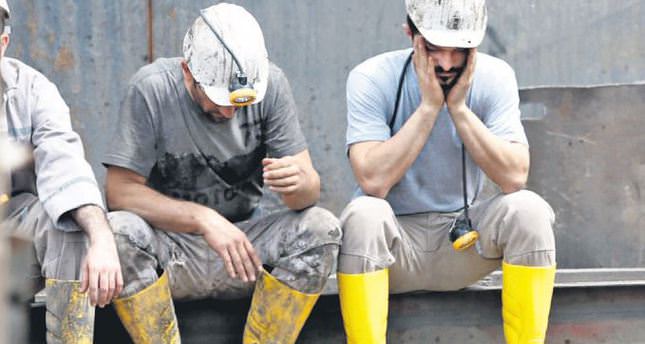 Miners' unions came into the spotlight after a fire in a coalmine in the town of Soma killed 301 miners on May 13. The fire is blamed on negligence by the private mining company, which was criticized for a lack of safety measures in the mine. Some miners have complained that company officials ignored their warnings on rising levels of carbon monoxide in the mine.

According to the ministry figures, the number of members of Maden-İş, a labor union whose members were among those in the Soma mine, saw a decline in membership from 49,000 in 2004 to 30,000 in 2014. Maden-İş is among three major labor unions in which miners have membership.

The reason for the decline in union membership is attributed to the practice of subcontracting that is prevalent in private mining companies and miners' lack of confidence in the unions. A representative of a miners' union faced angry protests by miners when he attempted to hold a press conference earlier this week in Soma about the accident. Miners claimed the unions were serving the interests of company executives instead of workers.
Last Update: May 24, 2014 1:09 am
RELATED TOPICS