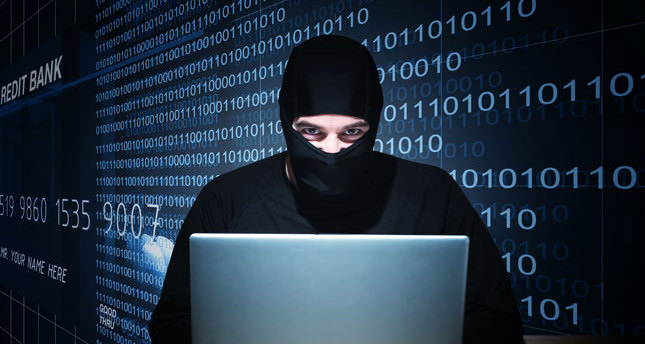 by AA May 24, 2014 12:00 am
ANKARA — The Turkish government has started a training program for "white hat hackers" or experts specialized on detecting flaws in cybersecurity systems. The training program will end in June and security specialists will receive certificates.

The Minister of Science, Industry and Technology Fikri Işık said computerization in all public and private institutions from hospitals to universities, to banks and the government agencies also left those institutions to the risk of hacking. "It is vital for those institutions to take measures on accessibility, integrity and secrecy of data such as regular security tests against hacking attempts, infiltrations etc," he said. Işık said white-hat hackers were necessary for implementation of these measures.

Işık noted those who complete the training program will have employment opportunities in both the public and private sectors. Training program is conducted by Turkish Standards Institution (TSE) tasked by the Ministry of Transportation, Maritime Affairs and Communications which drafted a National Cyber Security Action Plan to boost Turkey's cybersecurity.

It is the first time that the state has trained hackers. Training started on May 5 for the hackers who will sit exams on June 23 and 27 before receiving certificate of "White Hat Hacker - Penetration Testing Expert." The next training program will start in September.

White hat hackers have been used by large corporations including Microsoft, Apple and Facebook as well as government and military institutes across the world such as the United States' National Security Agency (NSA), NATO and Iran's Revolutionary Guards Corps.
Hackers' training came into the spotlight following an investigation initiated at the request of the president of the Telecommunications Directorate (TİB), Cemalettin Çelik, which revealed the extent of the threat posed to national security and information systems by the Gülen Movement. The Movement, headed by U.S-based cleric Fethullah Gülen is accused of running a "parallel state" in Turkey with followers infiltrating into key posts in the government agencies in an effort to undermine the government. Prosecutors and police officers linked to the Movement were accused of carrying out illegal wiretappings.

The investigation at TİB, a top telecommunications authority responsible for carrying out wiretapping authorized by intelligence agencies, found all digital records prior to 2012 were erased and stolen, some of which contained crucial information about wiretappings. Additionally, a significant part of TİB's archives were reported stolen, allegedly by Gülenists accused of conducting wiretappings for blackmail purposes.
Last Update: May 24, 2014 1:13 am
RELATED TOPICS