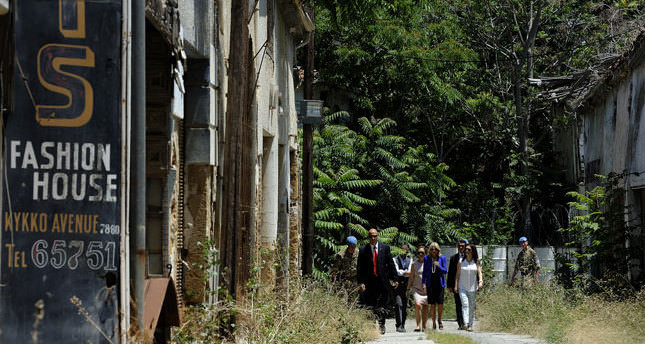 by AA May 25, 2014 12:00 am
ANKARA — The Turkish Republic of Northern Cyprus (TRNC) wants the issue of the divided Cyprus to come to an end, the Republic's Parliament Speaker Siber Sibel told Anadolu Agency on Sunday during her visit to Turkish capital Ankara.

Speaker Siber said they hope that the ongoing process for the unification of the island, which has been divided for the last 40 years, would bear fruit.

"A rise of confidence between the two parties will be the most powerful motivator toward a resolution," Siber said.

The speaker hailed as "very positive" Thursday's visit to the island by the U.S. Vice President Joe Biden, the first such trip in 50 years.

In order for the solution process to yield results, the Turkish and Greek Cypriot communities need to forgive each other for common historical pain and approach one another with empathy, Siber said.

Cyprus has remained divided into Greek and Turkish parts since a Greek Cypriot coup was followed by a Turkish peace mission to aid Turkish Cypriots in the north in 1974. Turkish and Greek Cypriot leaders have been engaged in a peace process since February to reunify the island.