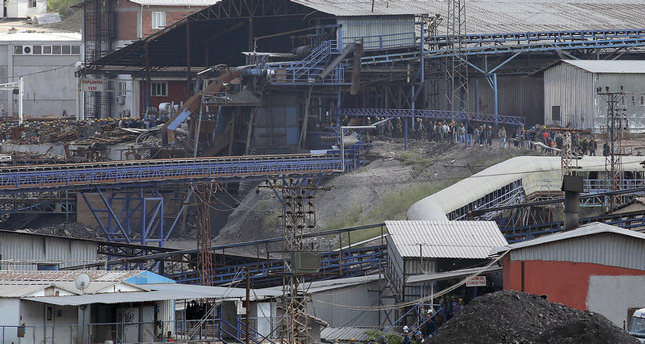 by AA May 26, 2014 12:00 am
ANKARA — A 2011 mining report from the Turkish Presidency that suggested a need for a better auditing system for Turkey's mines in order to decrease the number of accidents is under close scrutiny, the Turkish energy and labor ministers have said.

The report has gained importance and required reviewing in the wake of the worst mining disaster in the country's history that happened in the town of Soma, western Turkey, which claimed 301 lives this May.

The report by the State Auditing Board (DDK) had originally been ordered by the country's President Abdullah Gül following a firedamp explosion at the Karadon mine in the province of Zonguldak in May 2010.

It heavily criticizes the transfer of business licenses to third party companies by companies that had been examined by the ministries before being granted licenses under the royalty system.

Energy and Natural Resources Minister Taner Yıldız commented that the number of business licenses decreased from 45,000 to 21,000 over the last four years because of security shortcomings in mining plants stated in the report.

"We take every one of the inspections by the DDK into regard," Yildiz added.

The report also lists inadequate risk assessment methods, subcontracting practice issues, forced production capacity and a lack of CO masks for laborers in the mines as primary causes of accidents stating that Turkey needs to further adapt to the International Labor Organization and EU code of practices regarding labor security.