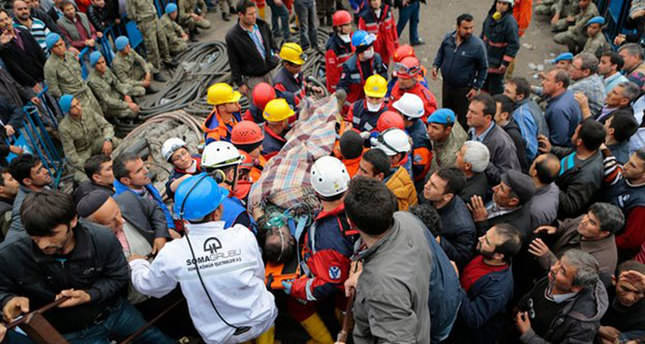 by AA May 26, 2014 12:00 am
IZMIR — Turkey's labor inspectors ordered the halt of mining operations in Atabacasi coal mine run by Soma Coal Enterprises Inc, the company that operates the mine in which 301 workers were killed on May 13, Soma district governor said Monday.

Addressing a group of miners who gathered in front of the building of the regional lignite-mining authority -- which operates under state-owned Turkish Coal Enterprises, district governor Bahattin Atci said all the mines in the region, including those run by other companies, would be audited thoroughly.

"If any deficiency or negligence is detected, the permitions for operating will be revoked and operations will stop immediately," he said.

In what is termed as the worst mining disaster in Turkey's history, an explosion at a coal mine in the western town of Soma triggered an underground fire on May 13, which caused the death of 301 miners.