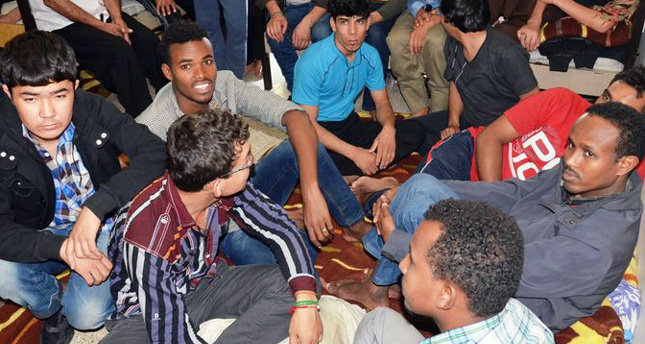 by AA May 26, 2014 12:00 am
IĞDIR — Turkish coast guards have captured eight illegal migrants from Syria and the captain of their eight-meter boat they were in en route to Greece in yesterday while in the East, 130 people were detained at the Iran/Turkey border.

The coast guard was patrolling near Bodrum, southwestern Turkey, when they were alerted to a suspicious boat and requested it to stop. They were apparently sailing for the Greek island of Kos from the resort of Bodrum. After giving evidence at police headquarters the illegal migrants were sent to the Foreigners' Office, a branch of the Turkish police in the southwestern province of Muğla, for deportation. The detained boat captain is to be presented at court after the proceedings.

Turkey, a transit point for illegal migrants trying to reach Europe, signed an agreement in December with the European Union, which allows EU countries to send back unauthorized immigrants entering into Europe via Turkey.