Inspectors to be investigated over mining accident 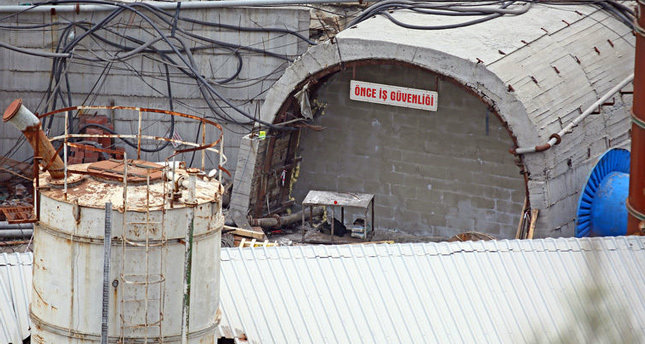 by Daily Sabah May 27, 2014 12:00 am
ISTANBUL — Turkish authorities announced yesterday that an administrative investigation was launched into two Labor Ministry inspectors who were tasked with inspecting a coal mine in the western Turkish town of Soma where 301 miners were killed in a fire on May 13.

The announcement of the investigation yesterday came amid media reports that an inspector working for the Labor Ministry was the wife of an expert who examined the mine following the accident. The ministry inspector who examined the mine after the accident, following analysis of her husband, was also an expert appointed by the prosecutor's office conducting a criminal investigation, in the mine. The inspector was tasked with reviewing past inspections by the ministry and mining company officials while her husband was tasked with reporting any possible negligence on the part of the ministry's inspectors and the company.

Another dubious relationship related to the mine emerged the previous day. Turkish media reported that a labor inspector who carried out inspections in the Soma mine was a relative of a mining company official. Emin Gümüş, brother-in-law of Hayri Kebapçılar, a senior manager in the mining company, allegedly carried out the latest inspection in the mine in March that did not find any fault in safety measures.