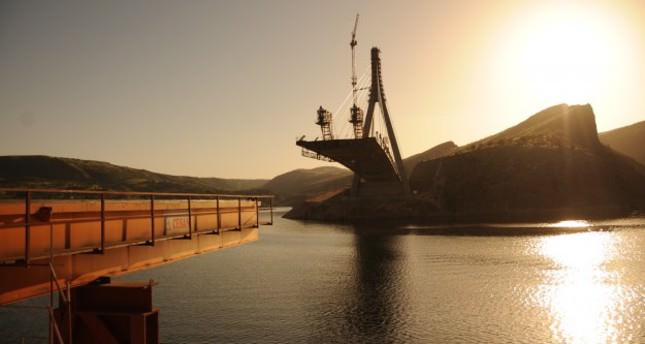 The Yavuz Sultan Selim Bridge -- which is named after early 16th century Ottoman sultan Selim I, whose rule marked the expansion of the burgeoning world power in the Middle East -- is projected to be the widest bridge in the world, measuring 60 metres in width and housing 8 motorway lanes. "The concession duration is for a period of more than 10 years, 30 months of which for construction activities and the remaining period for management activities," the statement by Astaldi said. The joint venture is involving IC Ictas with a 67 percent stake and Astaldi with a 33 percent one. The bridge, which will allow road vehicles and trains to cross the Bosphorus Strait from the Beykoz district in Asia to the Sariyer district in Europe, is expected to ease congestion in the 17 million populated city.
Last Update: May 27, 2014 9:36 pm
RELATED TOPICS