PM reiterates call for the release of children 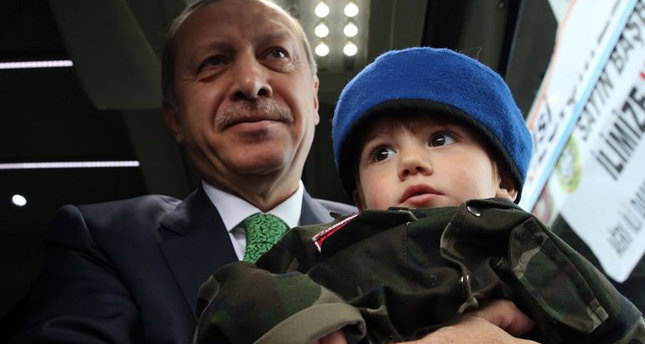 AĞRI — Addressing a rally in the eastern province of Ağrı, Prime Minister Recep Tayyip Erdoğan repeated his call to the Peace and Democracy Party (BDP) and the People's Democractic Party (HDP) to negotiate with the PKK for the return of "abducted" children.

He said PKK abducted 134 children. "Mothers and fathers whose children were kidnapped have been protesting for days. Everyone knows who kidnapped them. I told the BDP and HDP to bring them home. They know where those children are. If (those two parties) do not bring back the children, the government will implement its Plan B and Plan C," he said.

"We know who you are connected to. We are well aware of your activities," Erdoğan said, referring to BDP's connections with the PKK.

The BDP has negotiated with the PKK members in the past for the releases of soldiers and civilians it kidnapped in the past years.

Also criticizing the terrorist organization, Erdoğan said it was hard to categorize the group. "They are terrorists, mobsters, bandits. They extort money from people," he said, in reference to PKK's recent kidnappings of some locals in the eastern Turkey for ransom and past incidences of militants extorting money from businesses.