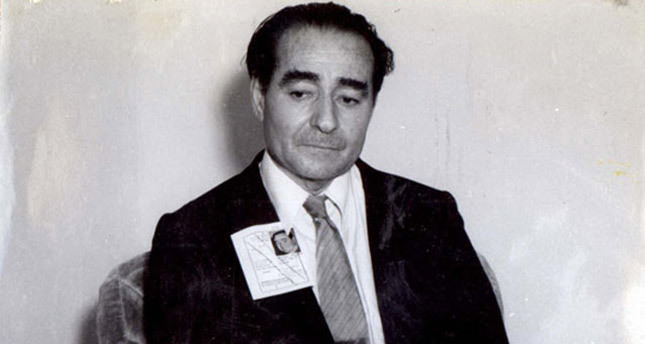 by Daily Sabah May 28, 2014 12:00 am
ANKARA — Turkey yesterday marked the 54th anniversary of the 1960 coup, which resulted in the execution of Prime Minister Menderes and two of his senior ministers and allowed the military to dominate politics until recent times.

The Democrat Party (DP) government was ousted by the Turkish army on May 27, 1960 under the pretext it imposed an alleged regime of oppression. A group of lowranking military officers organized the coup which was later joined by generals.

A group from the Democrat Party, a new political party that declares itself as successor of Menderes' DP visited Yassıada where the trial of the prime minister was held on the anniversary of the coup to commemorate the executions.

Menderes' Democrat Party emerged victorious in the first elections in 1950 after the single-party rule ended in 1946 and its socioeconomic policies helped the party to win following elections in 1954 and 1957. Nevertheless, anti-government protests gained momentum and prevalent student riots at universities led to the declaration of martial law. The main opposition Republican People's Party (CHP) chaired by the country's second president İsmet İnönü was the government's strongest critic and eventful CHP rallies further fuelled tensions between the CHP and DP. The CHP is accused of inciting unrest among public against what it called the dictatorship of the Menderes government.

On May 21, 1960, a group of cadets from Turkish Armed Forces' War Academy took to the streets. This was the first sign of the upcoming coup and six days after cadets' "silent march," a group of high-ranking military officers led by General Cemal Gürsel and calling themselves National Unity Committee declared the coup, removing the government and dissolving the parliament.

In a coup declaration broadcast on the radio, coup leaders said "a crisis of democracy and public unrest forced the Turkish Armed Forces to take over the rule of the country against a likely civil war."

Menderes and his cabinet members, President Celal Bayar, DP lawmakers, Chief of Staff Rüştü Erdelhun, some top military officers opposing the coup and bureaucrats were detained. Menderes and his colleagues were charged with crimes including high treason and misuse of public funds and arrested. They are imprisoned in Yassıada, an island in the Marmara Sea where they have been tried on abovementioned charges in a trial between October 1960 and September 1961. A total of 592 defendants were on trial while 15 were eventually sentenced to death. Their sentences were later commuted to life and reduced to lighter sentences but the court upheld the death sentence for Menderes, Minister of Foreign Affairs Fatin Rüştü Zorlu and Minister of Finance Hasan Polatkan. President Celal Bayar was also sentenced to death but his sentence was later commuted due to his old age.

Zorlu and Polatkan were hanged on Sept. 16, 1961 while Menderes was hanged a day later. It was the first and the last time in Turkey that a prime minister was hanged at the gallows and the coup era is referred to as a dark period for Turkish democracy. The coup also encouraged future military interventions in 1971, 1980 and 1997 as the army, the self-proclaimed defender of the Republic intervened in governance of the country at times it saw "necessary" especially when broadly interpreted secularism of the country is in danger.

The Menderes government that came to power after long-held grievances against the CHP rule, which is commonly known as "National Chief " era after İsmet İnönü's unchallenged rule in the single-party times. DP's victory is viewed as the first true transition to democracy in the brief history of the Republic of Turkey founded in 1923 and a victory of the public against the secular elite. This is the case for the AK Party as well since the incumbent ruling party's supporters liken Prime Minister Recep Tayyip Erdoğan to Menderes in what they called for his fight for democracy by implementing democratic reforms after a lengthy period of economic recession and absence of tangible reforms for democracy. Erdoğan himself often expressed admiration for Menderes.

Making a written statement on the occasion of the anniversary, Bülent Turan, Istanbul lawmaker for the AK Party, criticized the CHP for "shedding tears for the coup" despite "its involvement in the coup." Turan said it was CHP that proposed May 27 to be observed as a national festival in the past. He was referring to the Festival of Freedom and Constitution that has been observed until an amendment in the 1982 constitution. "It was the CHP that died as a result of the coup, not Menderes, because of its support for the execution of Menderes and others along with the coup.
Last Update: May 28, 2014 1:49 am
RELATED TOPICS