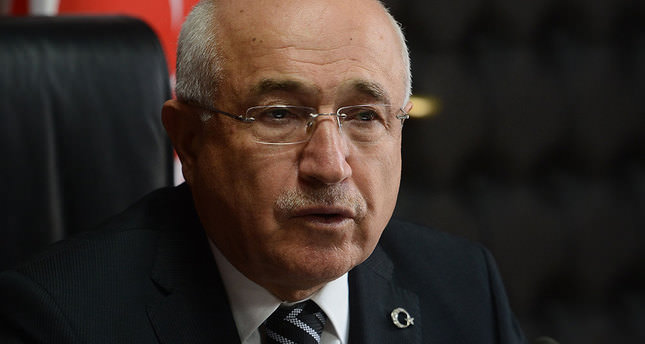 by AA May 29, 2014 12:00 am
ANKARA — The Armenian issue is one of the main issues that poisons our relations with other countries, Turkish Parliament Speaker Cemil Çiçek said on Thursday in a press conference with visiting Finland Parliament Speaker Eero Heinaluoma.

"One of the biggest slanders to a country is the baseless allegations of carrying out a masacre," said Çiçek on the Armenian issue.
Çiçek pointed out that Turkey is co-operating in a joint commission of Turkish, Armenian and international historians for research into the 1915 incidents, and he added, "We are ready to confront our history."

Heinaluoma said they fall into the same line with the Turkey on the Armenian issue.

"The historians should assess this issue," he said and added, "We think that parliamentarians cannot re-write the history."