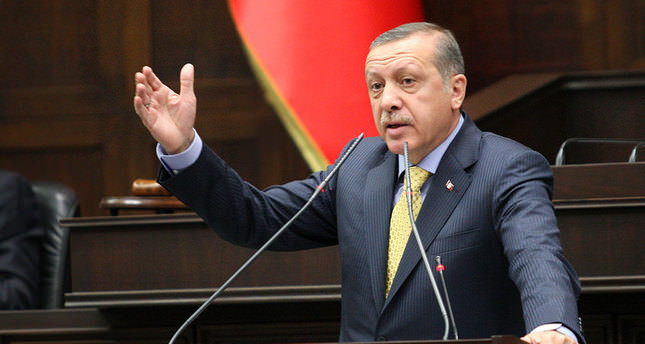 by AA May 29, 2014 12:00 am
ANKARA — Turkey's Prime Minister Recep Tayyip Erdoğan said Istanbul, which modern inhabitants have inherited from 'Fatih' Sultan Mehmed II , meaning the Conqueror, has taken its part among prominent culture capitals of the world.

Erdoğan added Istanbul's charm is gradually increasing as it becomes a hub for business, finance, trade, art, culture and religion.

Prime Minister Erdoğan offered his message of praise in recognition of the 561st anniversary of the conquest of Istanbul on Thursday. The Byzantines ruled the Eastern Roman Empire from Istanbul, then called Constantinople, for more than a thousand years until the Ottomans conquered the city on May 29, 1453. Istanbul was conquered under the command of 21-year-old Ottoman 'Fatih' Sultan Mehmed II, marking the end of Byzantine Empire and turning what was once the heart of the Byzantine realm into the capital of the new Ottoman Empire.

Erdoğan stressed that the conquest of Istanbul was a turning point in Turkish history, adding this military victory had political, economic and cultural results.

Erdoğan praised the Ottoman conqueror, saying he was one of the great leaders of the world thanks to his military brilliance, justice and tolerance.

"Istanbul has inspired many authors, artists and poets with its beauties, and has become a hub for international congresses and fairs," Erdoğan added.