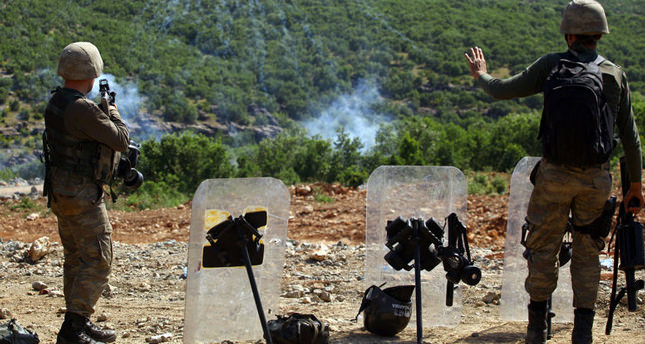 by Daily Sabah May 31, 2014 12:00 am
DIYARBAKIR — Four gendarmerie soldiers were injured during the anti-terror operation against illegal groups which blocked the roads in Lice town of Southeastern Turkish province of Diyarbakır.

During the riot operations gendarmerie intervened protesters who blocked a road. Soldiers were injured by shots from the surrounding hills. Initial reports suggested that police were shot by long-barreled weapons.

According to statement by Chief of Staff, in search into illegal protesters' tents gendarmerie found out 17 Molotov cocktails and 48 pieces of fireworks on spot.