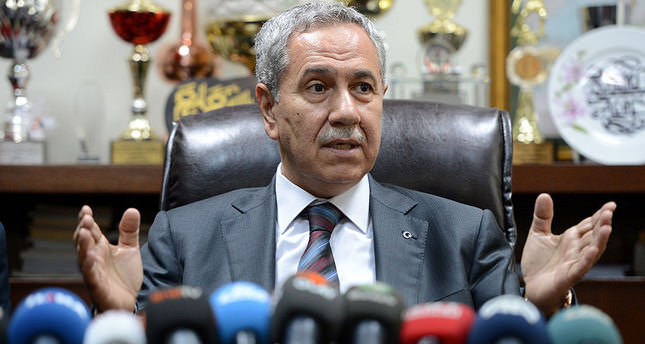 "There is no need to commemorate the incidents, which started at Gezi Park and around that area, causing deaths, severe injuries and destruction of public property. We can only remember the events with sorrow," Arınç said during his speech in the Turkish western city of Bursa.

Arınç's remarks came on the first anniversary of Gezi Park protests, which occurred in Istanbul's Taksim Square as demonstrations against a development project mushroomed into nation-wide mass protests against the government, resulting in the deaths of eight people, including a police officer.

"The events could have made Turkey lose many things but [the protesters] couldn't achieve their goals thanks to our government's dedicated management, Arınç added. These kinds of events do not serve Turkey's peace, development and progress."

The Turkish deputy prime minister also said that he did not want to see the same events to occur again.

"Turkey is a democratic country. Everyone has the right to hold a meeting or a march. He said, these should be held within the framework of the laws and, without threatening people's security of life and property."

Meanwhile, Deputy Prime Minister Emrullah Işler, on an official visit to Montenegro, agreed with Arınç, calling for restraint over planned rallies marking the anniversary of the protests.

"Of course there could be commemorations but they should be held in accordance with regulations of assembly," he said.

He added that the Gezi protests, which occurred a year ago in late May, brought 'terror' to the streets and caused the past year to be 'lost' to violence and unrest.

In anticipation of the anniversary, Istanbul's police department sent 25,000 police and 50 riot control vehicles to Taksim Square. The police department declared that they would not let any crowd around the square.

Istanbul governor Avni Mutlu warned that 'no disturbances would be allowed.'

Gezi demonstrations last year grew after police dispersed a peaceful sit-in in Gezi Park aimed at preventing trees from being removed as part of a project to build a mall over part of the park.

As protests grew larger, police interference was criticized in Turkey and abroad for being too harsh.

The Turkish government argued that the demonstrations had started peacefully but were later manipulated by small groups trying to fuel unrest to score political points against the AK Party administration.