Granddaughter of Sultan Abdülhamid II passes away at age 89 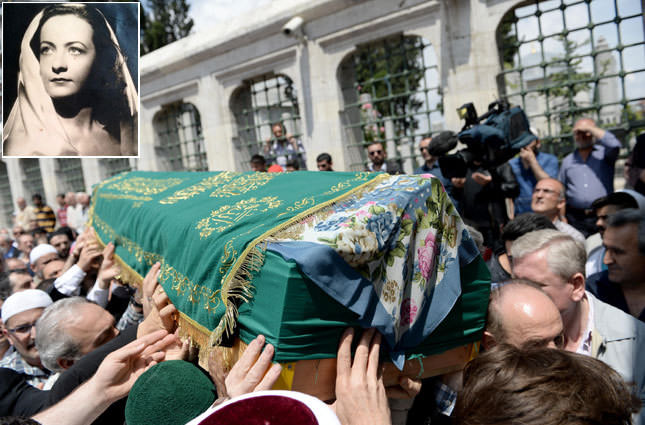 by Daily Sabah Jun 01, 2014 12:00 am
ISTANBUL — Neslişah Abdülkadir Osmanoğlu, Princess Imperial of the Ottoman Empire and granddaughter of Sultan Abdülhamid II, passed away on Saturday at the age of 89 while being treated in Marmara University Pendik Training and Research Hospital.

Osmanoğlu was interred on Sunday at Karacaahmet Cemetary after the funeral held at Fatih Mosque.

Her funeral was attended by the Governor of İstanbul Hüseyin Avni Mutlu, Mayor of İstanbul Kadir Topbaş, Mayor of Fatih Mustafa Demir, members of Ottoman dynastic family and citizens.

Former deputy Rasim Cinisli, who was one of the deputies that proposed the return of Ottoman family members from exile in 1974, was also present at the funeral.