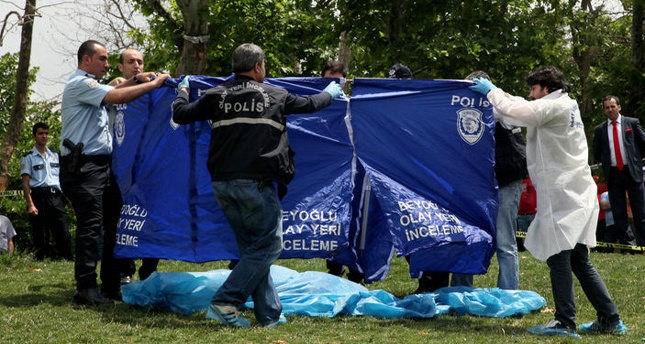 by Daily Sabah Jun 02, 2014 12:00 am
ISTANBUL — A man's corpse has been found in Gezi Park following weekend demonstrations on the first anniversary of Gezi protests in Istanbul on Monday.

Police revealed the dead person's identity as Tuğrul Turnalı, 27 and it is still unclear how he died.

His body was found lying on the ground in one of the side streets leading to Gezi Park since Sunday night.

A police investigation in currently underway. Gezi Park was closed by the police during weekend. Riot police was on alert at the park against likely riots though no protesters showed up due to massive police presence.