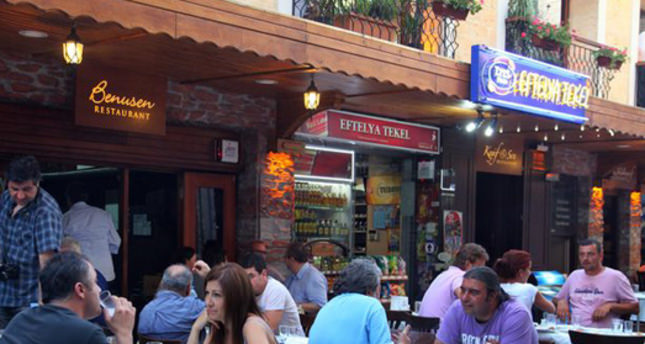 by Daily Sabah Jun 03, 2014 12:00 am
ISTANBUL — Signs bearing the logos and names of alcoholic beverages in shops and other businesses will be entirely banned in Turkey starting on June 11 under a new regulation.The deadline is part of regulations imposing restriction on alcohol sales and promotion which went into effect in 2013. Restaurants and shops selling alcoholic drinks will face fines varying between TL 5,000 to TL 200,000 if they do not remove the signs.

Under the laws already in force, alcohol sales are banned in the shops between 10:00 p.m. and 06:00 a.m. The government said the ban aimed to curb alcohol sales to underage consumers.