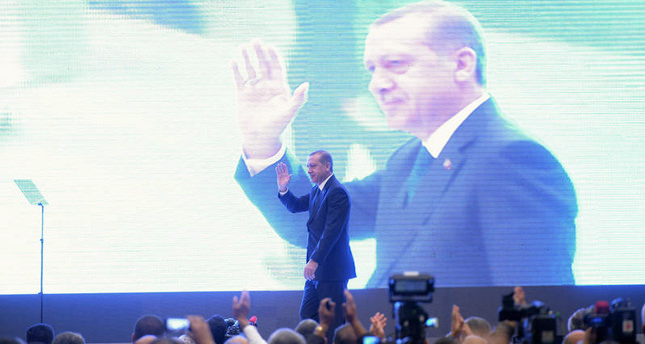 by Daily Sabah Jun 03, 2014 12:00 am
ANKARA — Speaking at the 30th Anniversary of General Assembly of Drivers and Vehicle Federation program, Prime Minister Recep Tayyip Erdoğan gave details about a new bill which will enable mine workers to get early retirement privileges.

With the new regulation, dependent relatives of mine workers will receive salary benefits in case of a work accident that results in death. Erdoğan also pledged that even when a mine is closed, the mine workers' salary would be paid by an unemployment fund.

Erdoğan said that with the new regulation the retirement age for miners would be reduced from 55 to 50.

"It's not possible to bring back those who lost their life" said Erdoğan, and added "our aim in preparing this regulation is to at least ease the burden and suffer of the victims' relatives."