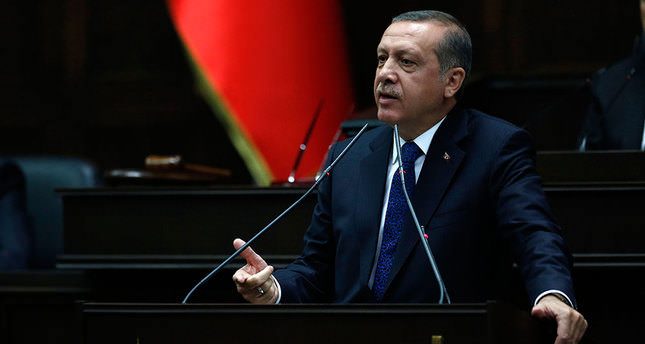 by AA Jun 03, 2014 12:00 am
ANKARA — Prime Minister of Turkey Recep Tayyip Erdoğan has once more underlined his stance against high interest rates executed by the Central Bank of Turkey.

Speaking after his party's group meeting on Tuesday, Erdoğan criticized Turkey's Central Bank policy on interest rates and inflation, claiming the bank's approach to those issues is false.

"I do not approve the policy of the Central Bank on interest rates. I do not accept this approach. We have already passed on our views on the issue to them."

Recently there were calls from the government, and particularly from Prime Minister Erdoğan for an interest rate cut, a move which caused tension between the government and the Central Bank officials who prefer a tight monetary policy until there are clear signs of recovery in the inflation outlook.

Erdoğan slammed the Central Bank Governor Erdem Başçı at his presentation to council ministers on Monday, when Başçı defended his stand that interest rates should be high for a while until the inflation outlook recovers.

Erdoğan reacted to the stance that, due to high interest rates, inflation cannot be reduced, and said, "The Central Bank expects inflation to abate starting from next month. We will see."

"This proves that inflation is directly proportional with interest rates. All other reasons are secondary. I hope for new steps," he added.