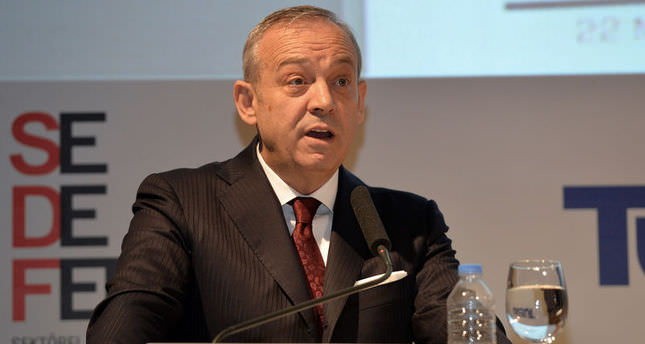 by AA Jun 04, 2014 12:00 am
ISTANBUL — Muharrem Yilmaz, the chairman of Turkey's leading business association, has resigned amid claims a company he owns is attempting to deunionise its workers.

Yilmaz, the chairman of the Board of Directors of the Turkish Industrialists' and Businessmen's Association (TUSIAD), announced his resignation on Wednesday at a press conference in Istanbul, saying he had made the decision amid ongoing tension between his dairy products company SUTAS and its workers.

Yilmaz said, "I cannot let TUSIAD's reputation be harmed, therefore, I have resigned from my post."

The announcement came after several Turkish daily newspapers published claims Yilmaz had been angered by SUTAS workers who had protested in front of the company's factory and had ordered 13 tons of animal faeces to be dumped in the area where they were demonstrating.