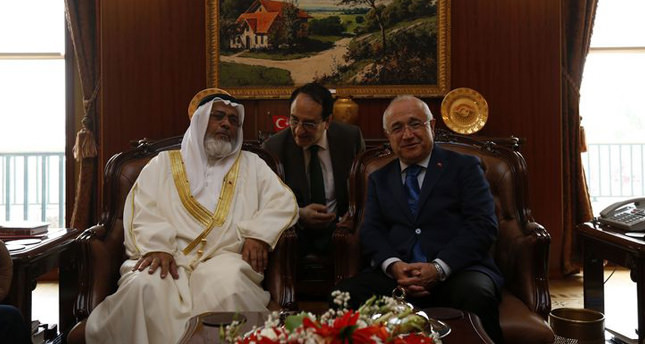 by AA Jun 05, 2014 12:00 am
ANKARA — There are many business opportunities between Turkey and Bahrain which should be encouraged by the parliament said Turkish Parliament Speaker Cemil Çiçek on Thursday during a press conference at the national assembly alongside the visiting Speaker of the Council of Representatives of Bahrain Khalifa Al Dhahrani.

Speaking about Turkey's success in the construction sector Çiçek added, "Bahrain has so many projects in construction, tourism, energy, iron and steel, and banking…so as the Turkish parliament we can encourage them."

Dhahrani responded by stating that Bahrain would be happy to see Turkey's businessmen working with Bahrain.

"Turkey also has an important role in the defense industry," Dhahrani said, and added, "We are ready to make agreements in this field."