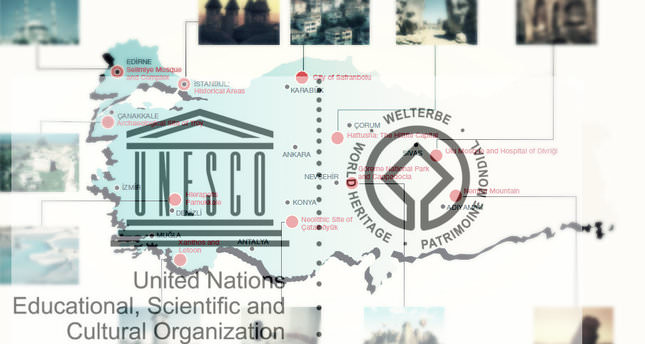 by AA Jun 05, 2014 12:00 am
MUĞLA — Turkey has been elected to UNESCO's intergovernmental committee for the safeguarding of the intangible cultural heritage, Turkish Foreign Minister Ahmet Davutoğlu announced on Wednesday.

Turkey beat France and Italy to claim a seat emptied by Spain's withdrawal from the committee, Davutoğlu said in the southwestern Turkish city of Muğla, pledging hard work in line with UNESCO's goals.

The election came at UNESCO's fifth general assembly at its headquarters in Paris.

The United Nations Educational, Scientific and Cultural Organization, or UNESCO, was founded in 1946 and has 195 members.