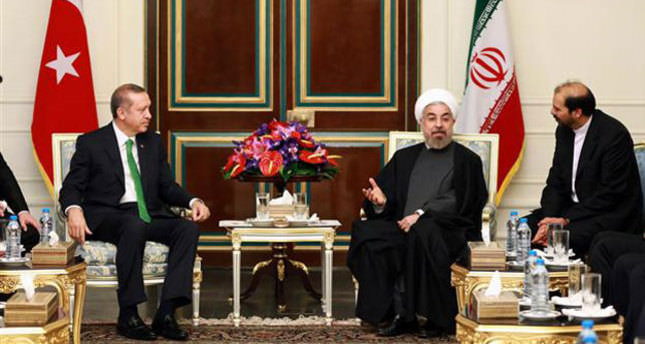 by AA Jun 06, 2014 12:00 am
ANKARA — Iranian President Hassan Rouhani is scheduled to pay his first official visit to Turkey on June 9th. President Rouhani's visit is the first by an Iranian president to Turkey since 1996.

Rouhani, elected in August 2013, is to meet his Turkish counterpart, President Abdullah Gul and Prime Minister Recep Tayyip Erdogan. Turkey and Iran signed a joint political declaration establishing a High-Level Cooperation Council during Erdogan's visit to Iran in January. The council is to hold its first meeting during Rouhani's Turkey visit.

During Erdogan's visit to Iran, the countries discussed deals to increase trade to $30 billion by the end of 2015, more than double the 2013 figure. Rouhani's visit is the first visit of an Iranian president to Turkey since 1996 when Akbar Hashemi Rafsanjani, Iran's fourth president, came to Ankara upon Turkey's former president Suleyman Demirel's invitation.