Families of abducted children to go on hunger strike 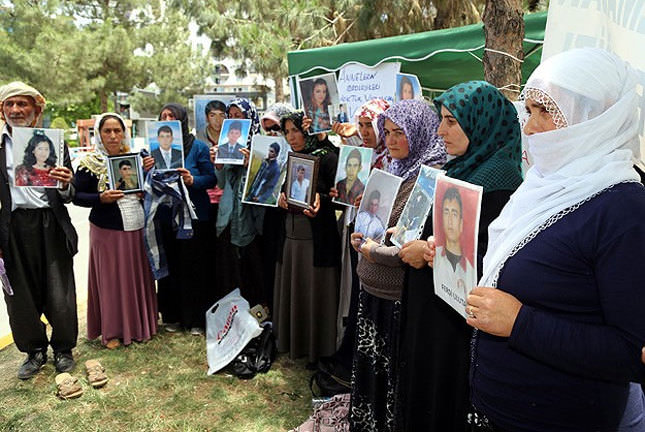 by Daily Sabah Jun 08, 2014 12:00 am
DIYARBAKIR, Turkey — The families of the abducted children in Diyarbakır who have been staging a sit-in in front of the municipality have decided to pause their protest for one day on Sunday, due to the incidents in Lice which took the lives of two on Saturday.

The families have also said that they will start going on a two-day hunger strike tomorrow.

Süreyya Toklar, mother of abducted 16 year old Efekan Toklar, told an Anadolu Agency reporter that she is protesting because she wants her son, missing since for three months, to be found.

Toklar also said that the protesters are not politically motivated in any way.