One dead and one missing in heavy rains 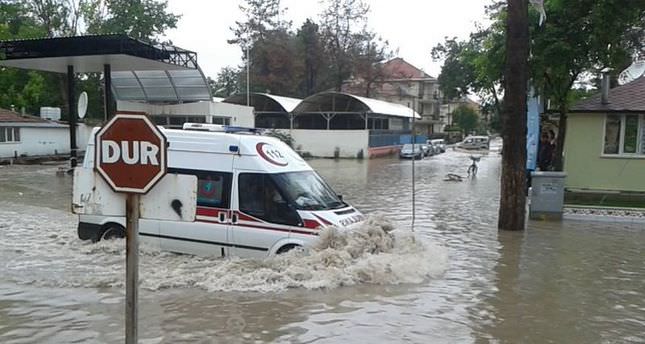 by AA Jun 08, 2014 12:00 am
ANKARA — One person died and another is missing after heavy downpour over the week in Turkey's Aegean, Black Sea and Mediterranean regions.

On Friday, a nine-year-old boy was swept away by floodwaters after torrential rain in Çankırı province near capital Ankara.

A 22-year-old man is reported missing in Sakarya province located on the Black Sea coast.

Despite heavy rain in several areas since the beginning of June, Turkey's winter rainfalls were not enough to fill up the dams.