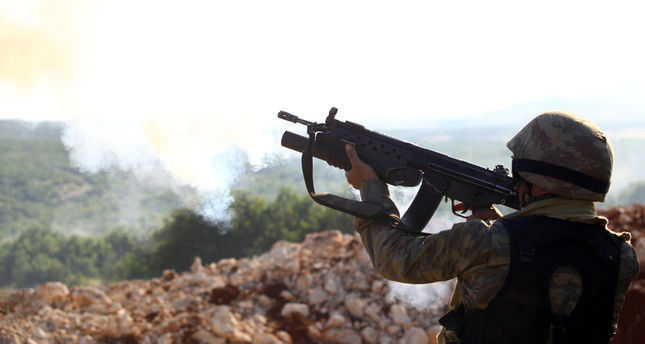 It was unclear how many terrorists were involved in the attack on the military outpost in Kuşluca village- in Tunceli's Ovacık district- where the clashes took around 15 minutes.

No casualties or injuries were reported after the attack.

Military helicopters were reinforced in to the area after the PKK attack, keeping the escape path of the militants under fire.