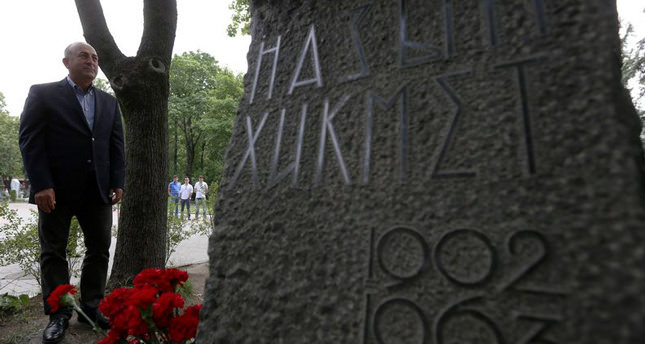 "Away from homeland, stripped of citizenship, he deceased in these lands as a treasured figure of our country," Çavuşoğlu said during his visit.

With a prolific body of work translated into more than 50 languages, Nazım Hikmet is widely considered among the most influential Turkish poets of the 20th century.

Having spent years in Turkish jails for his political views and been stripped of citizenship, Hikmet fled to Moscow in the 1950s and died in exile in 1963.