Tensions rise after funeral of two in Turkey’s southeast 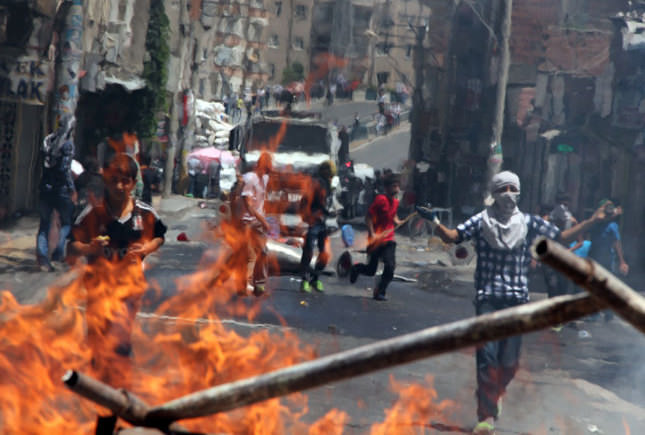 by AA Jun 08, 2014 12:00 am
DIYARBAKIR, Turkey — Violent protests were held in Southeastern Turkey after two people were interred, who died during the protests in Lice district on Saturday.

Ramazan Baran was interred in Diyarbakır and Baki Akdemir was buried in the Lice district of Diyarbakir, on Sunday.

The funerals were attended by many people including deputies from HDP.

A masked group barricaded the streets in Diyarbakır after Baran's funeral and attacked security forces with stones, fireworks and Molotov cocktails.

Another masked group attacked Gendarmerie barracks with Molotov cocktails in Hakkari, Turkey, while throwing stones and fireworks at security forces.

Turkish Armed Forces released a statement over the incident in Lice and stated that gendarmerie units were attacked at 18.15 simultaneously with firearms, sound bombs, Molotov cocktails and hand-made explosives. The Crime Scene Investigation Team was also attacked with long-range firearms after it arrived at the scene at 19.10.