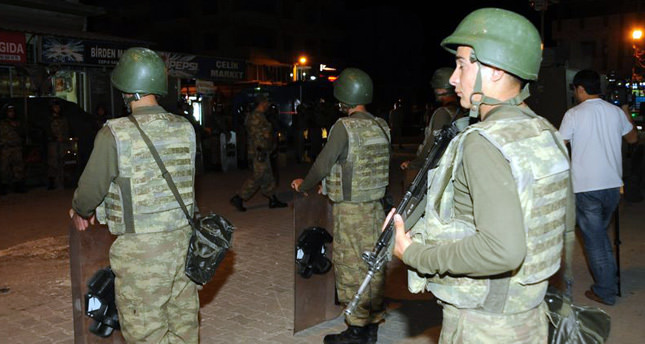 by Daily Sabah Jun 09, 2014 12:00 am
DIYARBAKIR — The head of the Diyarbakır Bar Association informed that the soldiers who were on duty during the weekend clashes where two people were killed, have been identified and their weapons were confiscated as a part of an investigation. During the clashes two people were killed, four were injured in Lice, the district of Southeastern province of Diyarbakır.

The head of Diyarbakır Bar Association Tahir Elçi said that the investigation will be conducted with objective.

Illegal groups have been blocking highways protesting the construction of a military outpost in Lice district.