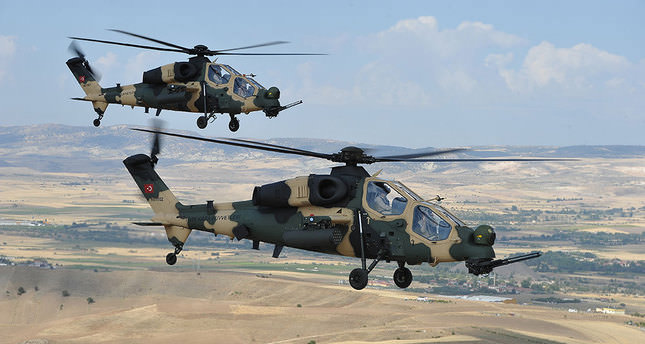 by AA Jun 09, 2014 12:00 am
ANKARA — Turkey's first locally manufactured assault helicopter will be unveiled at a ceremony due to be held on Tuesday at the Turkish Army Air Defence Command in the capital Ankara.

The 'ATAK' aircraft was made by local engineers at Turkish Aerospace Institutions, Inc following a contract signed in 2007.

Manufactured at Turkish Aerospace Institutions, the first ATAK prototype made its maiden flight on August 17, 2011.