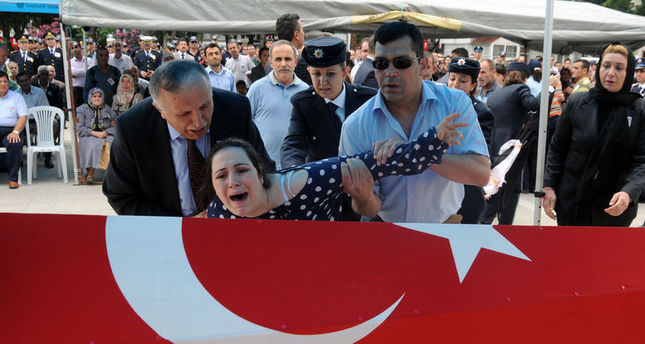 by Daily Sabah Jun 10, 2014 12:00 am
KAHRAMANMARAŞ — Police superintendent Mikdat Ataş, who was among the five people injured Friday from a blast at a police headquarters in the southeastern Turkish province of Kahramanmaraş, died at the hospital Monday, officials said.

The Friday blast in the shooting range of the headquarters occurred as a team of technicians attempted to fix a breakdown in the target mechanism, investigators said on Saturday