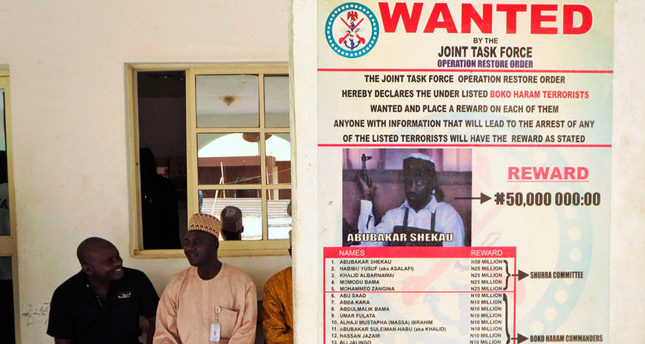 by AA Jun 10, 2014 12:00 am
ANKARA — Nigerian militant group, Boko Haram, whose abduction of 20 women on Thursday follows the kidnapping of 200 schoolgirls in Nigeria's north eastern Borno state two months ago, has been added in a list of al-Qaeda affiliated terrorist groups by the Turkish government.

The decision by the Turkish cabinet to add Boko Haram to the list of people, institutions and organizations related to al-Qaeda, was announced in Tuesday's official government gazette.