Turkey, Serbia look to boost trade volume to $1B 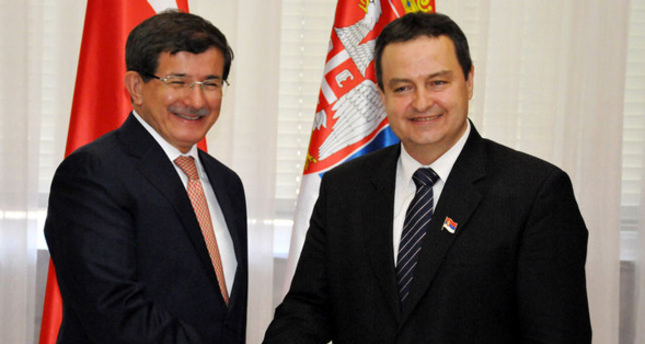 by AA Jun 10, 2014 12:00 am
BELGRADE — Turkey is seeking to increase its volume of trade with Serbia to $1 billion, Turkish foreign minister has said.
Speaking at a press conference Tuesday with his Serbian counterpart Ivica Dacic in Belgrade, Ahmet Davutoğlu said that both Turkey and Serbia would boost bilateral ties including in the fields of energy, tourism and transportation.

"An economic forum will be held to improve economic relations and to increase the trade volume between the two countries to $1 billion," he said.

Turkey and Serbia had a bilateral trade volume of about $580 million in 2012.

He also said relations between Turkey and Serbia were very important for stability in the Balkans as well as EU accession talks for the two countries as they both continue to pursue EU membership.