FM: Any harm to Turkish citizens will not go unanswered 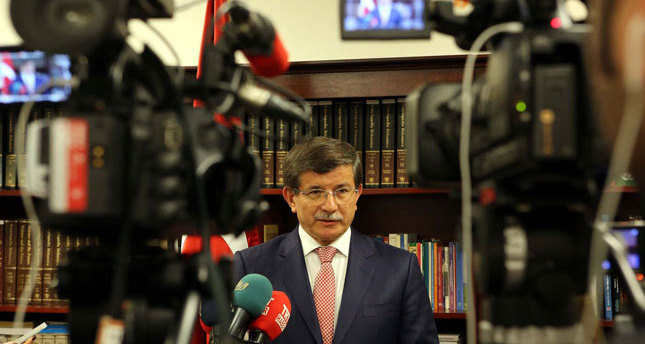 by Daily Sabah Jun 11, 2014 12:00 am
NEW YORK — Foreign Minister Ahmet Davutoğlu cut his meeting in New York with the United Nations short on Wednesday, to address the terrorist group of the self pro-claimed Islamic State of Iraq and Levant's (ISIL) raid of the Turkish Consulate in the northern Iraqi city of Mosul. Militants have seized the Turkish consulate and kidnapped 15 Turkish consulate staff members in Mosul.

Davutoglu stated that any harm to Turkish citizens kidnapped by ISIL in Mosul, Iraq, will not go unanswered. Davutoglu stated that they have sent a release order for the 15 captives but due to increased fighting the mandate would be too dangerous to carry out. He said the most important thing will be to bring back the captives safely to Turkey.
Last Update: Jun 12, 2014 9:30 am
RELATED TOPICS