Foreign Ministry: We will not remain silent, necessary action will be taken 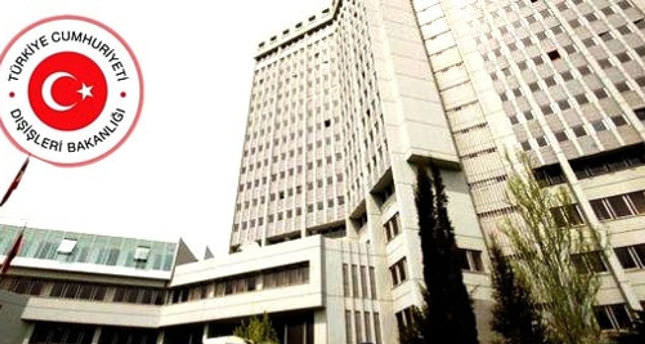 ANKARA — It is known that members of the Islamic State of Iraq and the Levant (ISIL) have seized a significant portion of Mosul, including its western bank, as a result of their attacks of the last few days. This morning, ISIL militants have raided the premises of our Consulate General in Mosul and moved its personnel to another area of the city. There were 49 staff and family members in the premises of our Consulate General, including the Consul General.

Turkey is mobilized with all its means in order to ensure the safe return of our staff to their country. In this context, representations have been made to the Iraqi Government, which was reminded that it was responsible for the safety and security of our citizens. Additionally, necessary representations are being made with international organizations, including the United Nations and NATO. Minister of Foreign Affairs Davutoğlu has discussed the matter with the Secretary General of the United Nations and the US Secretary of State.

Moreover, thirty-one of our citizens have been taken hostage by the same group in a power plant in the Gyarah region of Mosul and efforts to ensure their release are underway.

Turkey is deeply concerned about the current situation in friendly and brotherly Iraq and hopes for the swift restoration of peace and stability in the country. On the other hand, we strongly and vehemently condemn the attacks against our diplomatic mission and our citizens. Turkey demands the immediate release of its consular staff and its citizens. It must be understood by all that we will not remain silent in the face of these unacceptable developments and that we will do whatever is necessary.