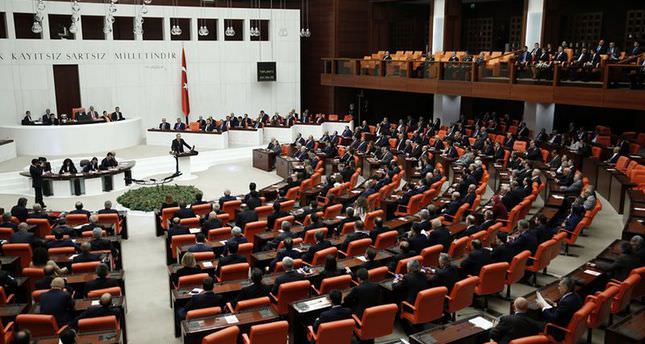 by AA Jun 12, 2014 12:00 am
Turkey's main opposition party withdrew Thursday a call for vote of confidence against the Prime Minister Recep Tayyip Erdoğan saying that events in Iraq require "unity and solidarity," a party official said.

Militants from the Islamic State of Iraq and the Levant, or ISIL, kidnapped Wednesday 49 Turkish consulate staff members in Mosul, Iraq's second city which they captured a day earlier. The rebels have also seized 31 Turkish truck drivers who were transporting fuel to a thermal power plant.

Stressing the urgency of the situation, Akif Hamzacebi -- deputy head of the parliamentary group of the Republican People's Party -- said the unfolding events in Iraq "take precedence over Turkey's internal affairs." He also vowed that the opposition party will support the government in resolving the issue.

However, Hamzacebi added that the motion for a no confidence vote against the prime minister and for parliamentary inquiry to investigate allegations of corruption on him will be resubmitted at a future date.

More than 300,000 residents have fled Mosul, which has seen clashes between security forces and militants since Friday.

The militant group has extended control in Iraq after capturing Mosul, taking Tikrit -- late Iraqi president Saddam Hussein's hometown -- and Samarra, according to a security source.

The main opposition accuses Turkish prime minister of knowing in advance of alleged corruption by four of his former Cabinet members and abusing his position by knowing of the alleged graft and failing to act against it.

The main opposition also accuses Erdoğan of blocking legal procedures against the four former ministers, and impeding the judicial process after the anti-graft probe.