NATO head to visit Turkey for talks on consulate attack 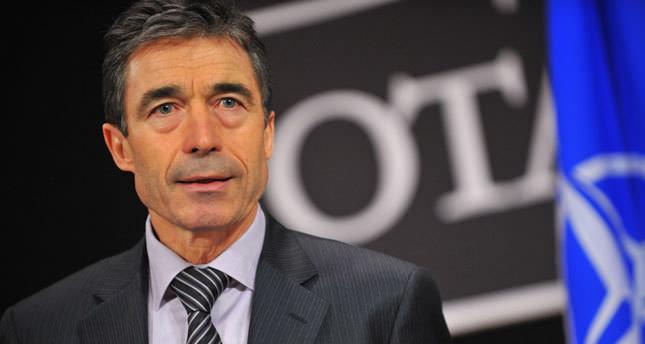 by AA Jun 13, 2014 12:00 am
NATO Secretary-General Anders Fogh Rasmussen will meet with Turkey's president, prime minister, and other senior government figures when he visits the country on Sunday to discuss the kidnapping of Turkish nationals by militants in Iraq, an official said.

Militant group Islamic State of Iraq and the Levant seized northern Iraqi city Mosul on Tuesday and the next day attacked Turkey's consul in the city, abducting 49 Turkish nationals, including consulate staff and their families.