Davutoglu says Crisis will not disrupt cooperation with Iraq 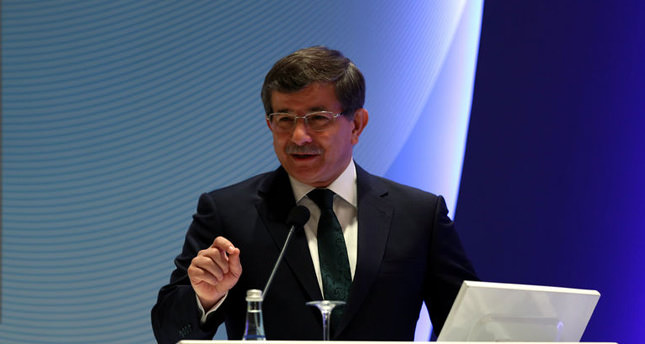 by AA Jun 14, 2014 12:00 am
The recent security crisis in Iraq will not disrupt Turkey's investments in Iraq, Turkish Foreign Minister Ahmet Davutoğlu said Friday, reaffirming that Turkey would continue to maintain close cooperation with its neighbor.

"We are not considering a mass evacuation [of Turkish nationals and companies] from Iraq," Davutoğlu told a press conference in Ankara
following a cooperation meeting with other cabinet ministers.

"I would like to underscore this particularly: Our cooperation projects will continue," he said.

Militant group Islamic State of Iraq and the Levant raided Turkey's Mosul consulate on Wednesday and abducted 49 Turkish nationals, including consulate staff and their families, after they assumed control of the city -- Iraq's second biggest -- in a swift operation in the northern province of Nineveh on Tuesday.

Davutoğlu called on media oulets not to approach sceptically to any information not confirmed by the crisis desk established by the foreign ministry.

"Our citizens' security is in question. I would like to say to the media, companies and all associations that all news stories and speculations could create a false expectation on the people who are waiting to hear from their children, brothers, sisters and spouses," Davutoğlu said.

Elvan said that the ministry had the information of the plates of the trucks, when they departed and which company they belonged to.

Elvan said the ministry and Turkish Airlines were in contact with Turkey's embassy in Baghdad and, until now, two aircraft were sent to Baghdad upon the demand of Turkish people. He said that more additional trips would be put by the ministry if necessary.

Elvan stressed that Turkey's trade with Iraq was mainly maintained by road transport and around 2,500 Turkish trucks were entering into Iraq per day.

Economy Minister Nihat Zeybekçi said Iraq is the biggest export market for Turkey after Germany, adding that none of the Turkish companies, individuals or commercial activities are under risk in Iraq due to ISIL threat.

"There are a total of four companies active in Mosul. They are construction companies. No risk for the owners or personnel, neither for their assets," said Zeybekçi.