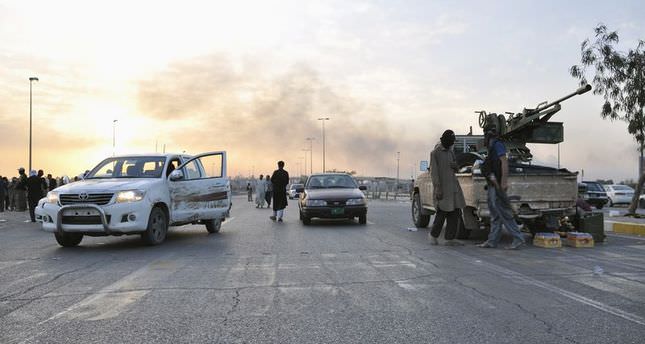 During the phone conversation which lasted half-hour, the two politicians exchanged views over the current security situation in Iraq and the efforts to ensure the safe return of the Turkish nationals still abducted in the restive country, said the office of the Turkish Prime Minister.

The self-styled ISIL raided Turkey's Mosul consulate on Wednesday and abducted 49 Turkish nationals, including the consulate's staff and their families, after they assumed control of the city -- Iraq's second biggest -- in the northern province of Nineveh.

The abductees are "ok" and "safe," according to Iraqi Foreign Minister Hoshyar Zebari.

"We are not considering a mass evacuation [of Turkish nationals and companies] from Iraq," Turkish Foreign Minister Ahmet Davutoğlu told a press conference in Ankara following a cooperation meeting with other cabinet ministers earlier on Friday.

In another phone call early Thursday, Biden spoke to reassure Erdoğan of US support for Turkey's efforts to bring about the safe return of its citizens and said they will stay in close touch with the Turkish and Iraqi governments regarding a resolution to the security situation.

Iraq faces a major security threat as the army has looked unable to contain ISIL insurgency moving south toward capital Baghdad. Kurdish Peshmerga forces regained control of Kirkuk province on Wednesday after the ISIL seized parts of the city, which remains disputed among the central government and northern Kurdish administration.