Turkey races to save its artistic heritage 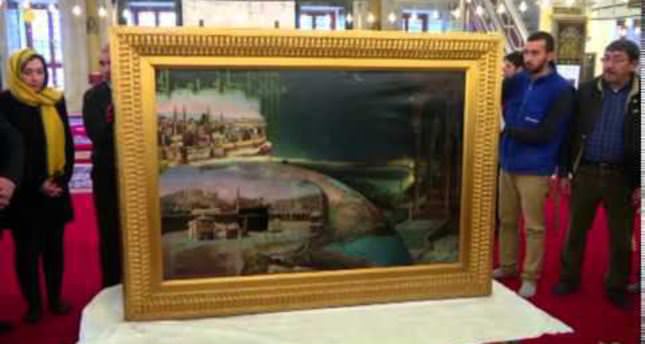 Better known for its natural beauty and archaeological heritage, Turkey is educating a new generation of experts to save its collection of fine art

A team of international experts is helping to save Turkey's art history and create a new generation of skilled craftspeople dedicated to preserving the country's artistic heritage. In two years Turkey has gone from a country that did not possess a dedicated painting restoration studio to one where 43 major artworks belonging to the republic's Presidency are being preserved; all this in a nation where European-style fine arts remained uncommon until the 19th century. A project, which has seen a group of restorers from the Netherlands, England, Germany and France come to Turkey, has had such an impact that today and tomorrow Istanbul University will be hosting an academic conference on the restoration work that is taking place at Mimar Sinan Fine Arts University in Istanbul. Turkey, more well-known for archaeological heritage sites and national parks, welcomed the international group in November 2012 to do restoration and conservation work on paintings by artists such as Ivan Aivazovsky, Petrus van Schendel and Mimarzade Alibey. The team moved to Istanbul in June 2013 after working in Ankara.

Barbara Schoonhoven, 41, project manager, said that Turks who wanted to study painting restoration previously had to go abroad as there were no training facilities in the country. "Turkey wanted to change this, and they are starting a painting conservation training program at Mimar Sinan University in Istanbul,"

Schoonhoven said. "When I came to Ankara there was a collection, but there was no studio. So I started from the beginning; we bought all the materials. The studio in Ankara was very simple and didn't have extraction for solvent [fumes]. So we only did more simple treatments in Ankara and then moved to Istanbul for extensive treatments where you need organic and toxic solvents," she added.

Schoonhoven said one of the difficulties was to get the right materials because they were not available in Turkey. "It is also a long process as you have to deal with customs. ... So it took a while before we actually started working in March on the first painting," she said.

On Turkey's cultural heritage, Schoonhoven claimed, "Paintings are not the main field." "I think Turkey's cultural heritage is much richer in archaeological sides, paper manuscripts, metal objects and ceramics. It is the core part of the historical heritage, and painting wasn't really a Turkish tradition." "So they only started painting in the 19th century when the first European artists came to Turkey. It is not a very developed field.

That's the reason why painting conservation is not one of the fields that they started. Archaeology conservation is already much more developed in the country," she said.

Schoonhoven said painting conservation is not a protected field like medicine since people who want to practice, as doctors have to get a diploma. "Restoration is still a free profession; anyone can actually say they are a conservator," she added. She also claims that since there wasn't any education system on painting conservation in Turkey, people train themselves and were not always aware of the right materials they had to use. "When you used unstable, commercial materials, you can actually do more damage to the objects because it is something you cannot remove," she added. Well-meaning but inexpert restoration can do irreparable damage. In 2012 an 80-year-old amateur restorer in the northeastern Spanish city of Borja ruined a Jesus fresco by 19th century artist Elias Garcia Martinez after she tried to restore it, albeit with good intentions.

Omer Yigit Aral, department head of the conservation and restoration of art objects at Mimar Sinan Fine Arts University, said that it is very important that Turkey's highest institution, the Presidency, supports the project. "They have begun a long-term project for the Presidency's movable and immovable artworks," Aral said, adding that the institution showed its determination by inviting experts on the issue to Turkey from all over the world.

It is the first time in Turkey that a university department has focused on painting restoration and conservation. "We are working on the expansion of the project to different materials such as paper and wood," Aral said. Banu Çakaloz, a Turkish painting restorer who studied in Italy, said she learned that preventive practices would be more effective than active methods during the project.

On working with the international team, Çakaloz said, "I believe that we have created an opera of a single opus." Çakaloz also spoke about the involvement of the wife of President Abdullah Gül. Hayrunnisa Gül has been a strong supporter of the project since a visit to the Netherlands' Rijks Museum. The International Symposium on Preventive Conservation will be held June 9-10 at Istanbul University.
Last Update: Jun 14, 2014 1:49 am
RELATED TOPICS