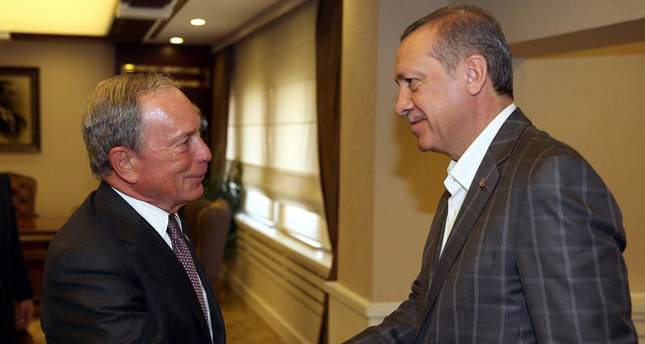 by AA Jun 15, 2014 12:00 am
Turkey has taken 'revolutionary' steps in the last 12 years, said Michael Bloomberg, the owner of Bloomberg L.P., the global financial data and media company, as he met with Turkey's Prime Minister Recep Tayyip Erdoğan on Sunday.

PM Erdoğan received the American business magnate, politician, UN Special Envoy for Cities and Climate Change and former Mayor of New York City, in the northern Turkish city of Trabzon, where he visited for an opening ceremony.

During a closed-door meeting, Bloomberg pointed to the developments in Turkey especially in public health, fighting smoking and road safety, while the Turkish PM informed him of developments in these areas and expressed his content for seeing positive results, prime ministry sources said.

Bloomberg also stated his interest in transforming Turkey into a financial center.