Erdoğan: Iraq on the brink of sectarian war 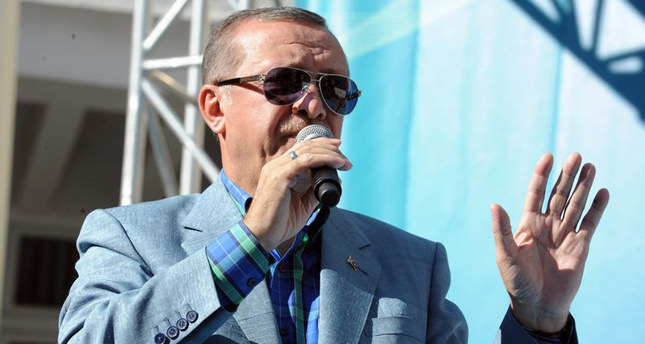 Speaking in Turkey's northeastern city of Trabzon, Prime Minister Recep Tayyip Erdoğan said the crisis in Iraq is turning into an issue of sectarian conflicts. "This has gone far beyond an encounter with forces affiliated with ISIS", Erdoğan added.


Heavy fighting has also been reported in Tel Afar in Iraq, where the self-claimed Islamic State of Iraq and the Syria militants have stepped up attacks using mortar shells. Erdoğan said no one should underestimate the unrest in Tal Afar, "Tal Afar is a Turkmen majority city. Half of our Turkmen brothers are Sunni Muslims, the other half are Shia Muslims"

Turkmen tribesmen, who constitute the majority in the city, formed vigilante groups in the city after ISIS forces seized the provincial capital, Mosul. The three million-strong Turkmens represent the third-largest ethnic group in Iraq, constituting 13 percent of the population.

Referring to 80 Turkish nationals abducted by ISIS fighters on Tuesday and Wednesday, Erdoğan said: "Our first priority is to bring our citizens to the homeland safe and sound."

Erdoğan said the government will use all the resources to ensure Turkish citizens return.

The ISIS, which developed into a formidable force inside Syria, has extended its reach in Iraq since Tuesday, gaining near-complete control of the northern Iraqi city of Tikrit and seizing Mosul, Iraq's second-largest city.