Hillary Clinton warns US not to fight for Maliki 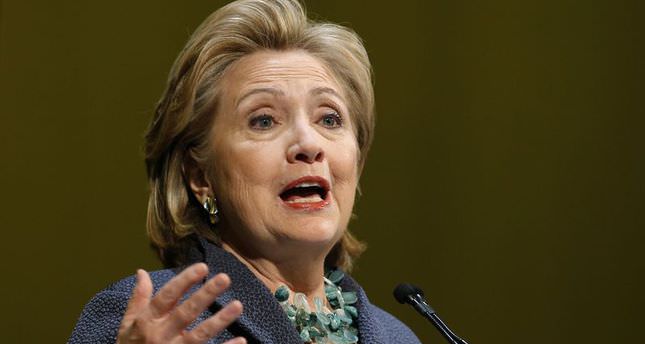 by AA Jun 15, 2014 12:00 am
The US former Secretary of State Hillary Clinton has said the United States should not intervene in Iraq as PM Nouri al-Maliki's administration was unable to function for all Iraqis despite US support.

Referring to the Iraqi government, Clinton said on Friday: "You'd be fighting for a dysfunctional, unrepresentative, authoritarian government."

"There's no reason on earth that I know of that we would ever sacrifice a single American life for that."

Speaking at George Washington University during an event covering her newly released book, Hard Choices, Clinton spoke on a range of issues including the European financial crisis, the tension in the Pacific and the influence of the US in the world.

Questioned over the US losing ground in areas where it had influence and the fact some of its global alliances were shattered, Clinton said that President Obama would say that, during his term of office, the US would not be leading the world with its military.

"Instead, the US would demonstrate its values basing on constructing partnerships for common action," she said.

Clinton also defended the fact Obama has asked her to play a key role in building such a role for the US in the world, when he asked her to be Secretary of State.

The former Secretary of State writes about her tours around the world and shares her perspectives on key policies and key political figures from different countries.

Asked what she would like her legacy to be, Clinton said she wanted to continue building her legacy through her work at the Clinton Foundation "and other things", which led to an eruption of applause as it was a veiled reference to the possibility of a presidential run.

Outside the Lisner Auditorium at George Washington University, a group of youths delivered banners asking for support for Clinton in the next US presidential race.