Istanbul's Marmaray to double capacity as of July 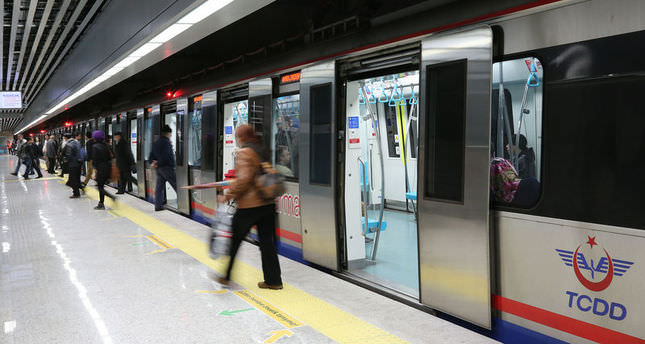 by AA Jun 15, 2014 12:00 am
Turkey's undersea metro tunnel, Marmaray, that connects Istanbul's Asian and European parts will start operating with 10 cars instead of 5 in July. The passenger capacity of Marmaray trains will increase from 1,500 to 3,000, and reduce the load on the line especially during rush hours.

Marmaray started operating in October 29, 2013, the 90th anniversary of the Turkish Republic.