Train collided with a truck: 1 dead, 2 injured in Kayseri 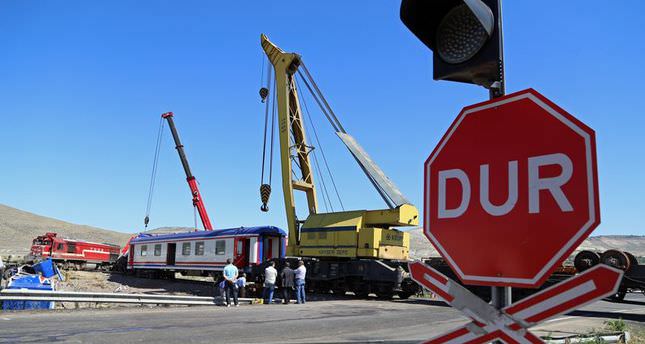 by AA Jun 15, 2014 12:00 am
One person was killed and two people were injured after a truck collides with train in district in Kayseri, city in Central Anatolia, on Sunday.

The large articulated truck was demolished in the collision with the passenger train, the truck driver died on the spot in the crash which took place in Oymaağaç, the district of Kayseri. Two were injured after the train's two railway car derailed.

The tracks in the area remain closed for cleanup and investigation of the collision.