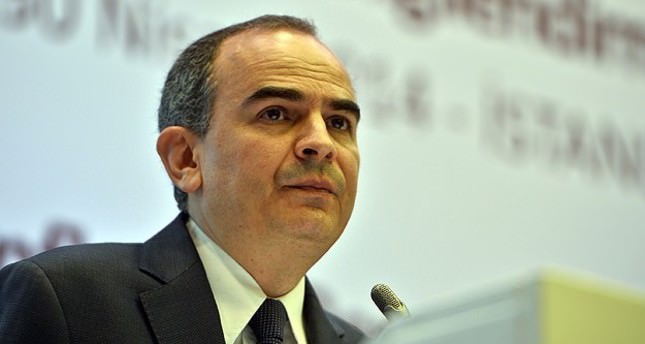 by AA Jun 16, 2014 12:00 am
The pace of GDP growth in Turkey is approximately 4 percent, Erdem Basci, the Governor of the Turkish Central Bank, said Monday.

"Annual loan growth rates are approaching 15 percent," Basci said during a presentation delivered in a meeting held by Konya Chamber of Commerce, in the Central Anatolia Region of Konya.

"Inflation is expected to begin its descent according to June's Consumer Price Index". The governor also forecast that Turkey will perform well in the upcoming year.

"We will reduce inflation as well as the current account deficit," Basci said, adding that "higher domestic savings and prudent borrowing could contribute to a more balanced and stabilized growth in Turkey."