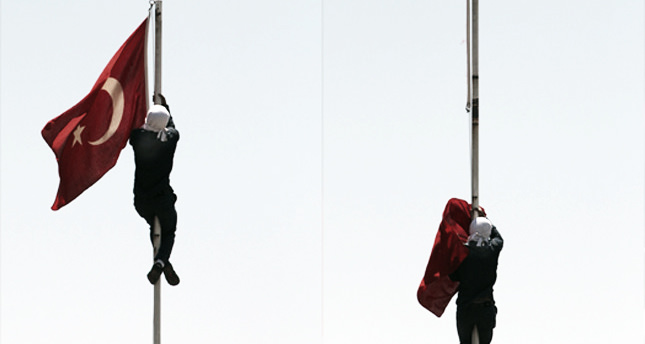 by Daily Sabah Jun 16, 2014 12:00 am
On Sunday, police arrested the responsible person for taking down of Turkish flag inside a military compound during protests in Turkey's southeastern Diyarbakır province on June 7.

As a result of intense investigation by security forces, suspect was arrested on Sunday night by police operation. It is also suspected that he is linked to PKK.

The flag down incident had occurred during the funeral of two protesters who were killed during an illegal protest against the construction of a military outpost in the southeastern Lice district of Diyarbakır.