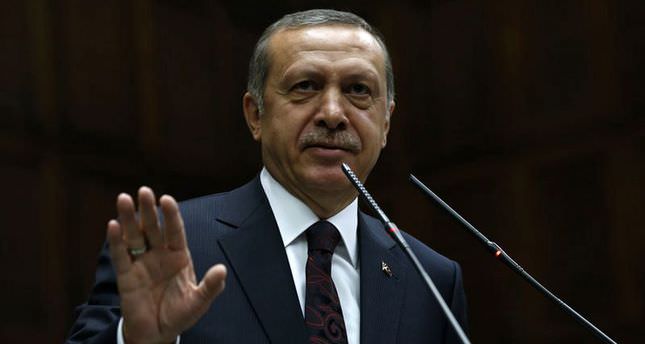 by AA Jun 18, 2014 12:00 am
Prime Minister Recep Tayyip Erdoğan said on Wednesday that Turkey is experiencing a "reinvigoration" in science and technology.

Addressing the 27th Science and Technology Convention in Ankara on Wednesday, Erdoğan said: "A roadmap will be set for the development of medical biotechnology, which is key to shape-up the future."

"Turkey went through pain, suffering and many losses within the last two hundred years, while the proclamation of the Republic in 1923 was a harbinger to the end of those losses. Now we are living the excitement of reinvigoration of economy, science, commerce, diplomacy and art."

Hailing the country's economic success, Erdoğan added: "Turkey has become a center of attraction not only for local investors but foreign investors also."

He singled out renewable energy as a particularly innovative field. Energy experts say Turkey is aiming to reduce its dependency on foreign energy and fossil fuels because of rising energy demand, which is increasing at a rate second only to China, and wants to increase use of renewable energy by 30 per cent by 2023.

In 2013, the country generated 45 per cent of its electricity from natural gas, 25 per cent from coal, 25 per cent from hydro-power and three per cent from wind. Wind energy is currently at 3,000 megawatt production capacity that is expected to reach 4,000MW levels by the end of the year.